One of the best pictures of me to emerge from my four years of college is this one. 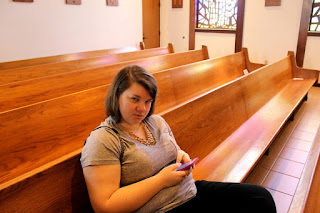 I say this partially because the picture is funny but mostly because of the jokes that went with it. Someone - it may or may not have been me, but I'll take the credit for it - christened this photo "The Lonerberry." 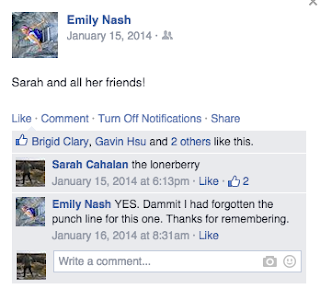 It's hardly news that I think I'm great. I've written about it on the blog at least a half a dozen times, and I tell everyone I meet. I have the self-confidence of a supermodel with an IQ of 180. We're all aware.

This has led, over the years, to quite the interest in solo travel, dining, and sightseeing. You may have thought that would end now that I don't live in Europe any more and I am surely too terrified of automobiles to go on any solo road trips. Well, you thought wrong.

I am intrinsically very bad at basically everything that Coloradans love, but, since I'm only guaranteed to be in this neck of the woods for a few months, I've been trying to get out there and make attempts at the outdoorsy nonsense that people in this state enjoy. My success in this venture has been mixed.

Today, I went to Boulder to visit the farmers market and go on a hike so I could trick people into thinking I didn't drive an hour just for food from a tent. This was largely a success. If you'd been watching me take this hike from afar, you would probably have assumed I'd developed some kind of epileptic tic from all the lurching freak outs I kept having, but no worries; it just turns out there are a lot of bugs outdoors. I managed to not get a sunburn, not encounter any snakes or other frightening wildlife, and (I'll explain this later) not lose any of my belongings, so, overall, I did pretty well.

A cool girl on a run did catch me taking this selfie when I thought no one was looking. Worth it? Probably not. But at least I have proof I went outside. 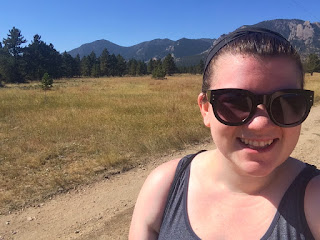 Unsurprisingly, the farmers market was a success, too. I had some pupusas and waited ten minutes in line for some solid B+ gelato amid a group of thirty annoying kids who were all probably whispering to their parents, "Mommy, what is that sweaty lady doing in this line of five-year-olds?" I will say that, for a farmers market USA Today calls the best in the country, it could have been better. But we can't all be Mathallen...or Mercado San Miguel...or any of about fifteen different markets in London that will permanently change your life from a single visit...

In any case, moving on. My most successful Colorado solo excursion thus far was (surprise) the one where I didn't do any driving or hiking. One Thursday a couple of weeks ago, I went for a lovely solo dinner at a very expensive seafood restaurant (turns out they can actually make decent fish this far from the ocean as long as you're willing to personally pay for your halibut's cross-country plane ticket), sat out on the restaurant patio reading a trendy novel that I bought a few months ago because the cover design was cool-looking, and went to see a national tour performance of Matilda. This was definitely the best date I've ever been on. Ladies, you don't need a man. You just need a $13 margarita with a slice of jalapeno floating on top of it. 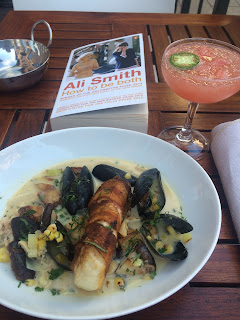 My least successful solo excursion thus far was my first one, which is why I've structured this post with a confusingly backwards chronology. At first, all seemed well. I drove on highways where the speed limit is 75 and no one died. I went on a hike and actually had a very nice time. But then, as I was looping around to finish my outdoorsing for the morning, I realized that, somehow, my driver's license and my $140 public transportation pass for the month of September had fallen out of my ID pocket and were totally gone. I retraced my steps and had no luck. I drove the hour back from Colorado Springs at a pace that I am certain made people assume I was 90 years old, because, with my luck, I had an unshakeable feeling I was going to get pulled over by the cops as soon as my license was misplaced.

I drowned my sorrows in some chocolate chip pancakes on the way home and moped. I'd thought that surely someone would have found the cards and returned them to the park's lost and found, but, when I called a few hours later that afternoon for my second check-in on their whereabouts, there was no luck.

I had just resigned myself to a life of buying individual transport passes like a peasant and explaining to bouncers where to find my birthday in a 30-page passport when the lost and found center called me back. Someone had found my stuff!

In a happy coincidence, I'd made this trip on the Sunday of Labor Day weekend, so I was able to go back down to retrieve the cards the next day. So this is ultimately a rather anti-climactic story because it ends perfectly normally with me just having a driver's license and a public rail pass.

In any case, though, the Lonerberry lifestyle is alive and well here in Colorado. If I'm going to be peer pressured into going outdoors, going alone is the perfect way to do it, because unless you are a literal snail, I cannot keep pace with you and I will not try.

That said, if you want to do indoor stuff with me, you're welcome to at least try to see if I'll let you. After all, even Tina occasionally needs her Amy. Applications open now.

Posted by Sarah Cahalan at 8:35 PM No comments: