You may not have noticed since I failed to offer any comment on it, but, a few weeks ago, a new year did, in fact, begin. I celebrated the occasion with much pomp and circumstance, by making a variety of foods with my new miniature food processor (perfect for the single lady—thanks, Santa!) and falling asleep at 10 PM only to rouse at 11:45 to watch Carson Daly try and fail to corral his team of drunken comedians into an on-time New Year countdown.

I debated writing a 2015 In Review or 2016 Goals post for quite some time and ultimately forgot in favor of watching twenty episodes of House Hunters International on Netflix.

But then my Lennyscope assured me that New Year's doesn't exist and I can "start any year, day, minute, or life over again anytime I want"—thanks, hippies!—and I realized that I can write a Turn of Year post on January 20 if I dern well want to. And I dern well do.

Friends, 2015 was a big year. I saw three of my biggest lady idols live on stage. Taylor Swift in the pop-music-defining 1989 Tour. Idina Menzel in If/Then. Most importantly, Celtic Woman's dancing fiddle nymph in the group's triumphant return to their hometown, Dublin. 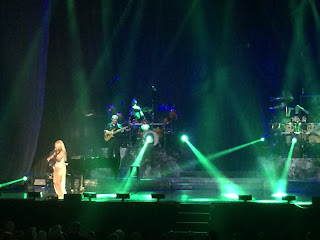 (Actual footage of Fiddle Nymph gracing us all while I sob openly into my wine cooler in the eighth row.)

I celebrated my birthday in Madrid; Easter at the Vatican (again); Halloween in Washington, DC; and the Fourth of July with John Boehner at the official Independence Day party of the American Ambassador to Ireland. 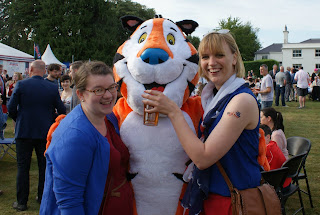 I spent two hours at a cat cafe in Shoreditch and two hours at a gay club in Dublin on the night that Ireland became the first country on earth to approve gay marriage by popular vote. I wrote sixteen restaurant reviews that were published by professional publications, earning me a title that I literally just discovered as a "girl who knows her shizz." (True.) I lived in two countries, wore one itsy-bitsy teeny-weeny trendy tribal print fatkini, took at least three hikes, and went on nine—count 'em, nine—first dates. I had an article shared on Facebook by Zooey Deschanel. 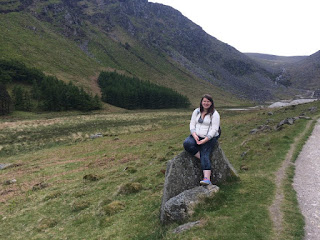 I'll let you decide if this is the hike or the gay bar. You don't know what clubs look like in Ireland!

You could argue that it will be pretty hard to top a year like this past one, and you'd probably be right. But I don't intend to let that stop me. I don't have the slightest clue what's in store for me between now and January 20, 2017, and I don't believe in resolutions. But I do have a goal: don't wait until you're writing a year-in-review blog post to remember how cool your life is.

That or eat at Milk Bar.

Posted by Sarah Cahalan at 7:28 AM No comments: